Lovely And Luscious Alliums The Leeks 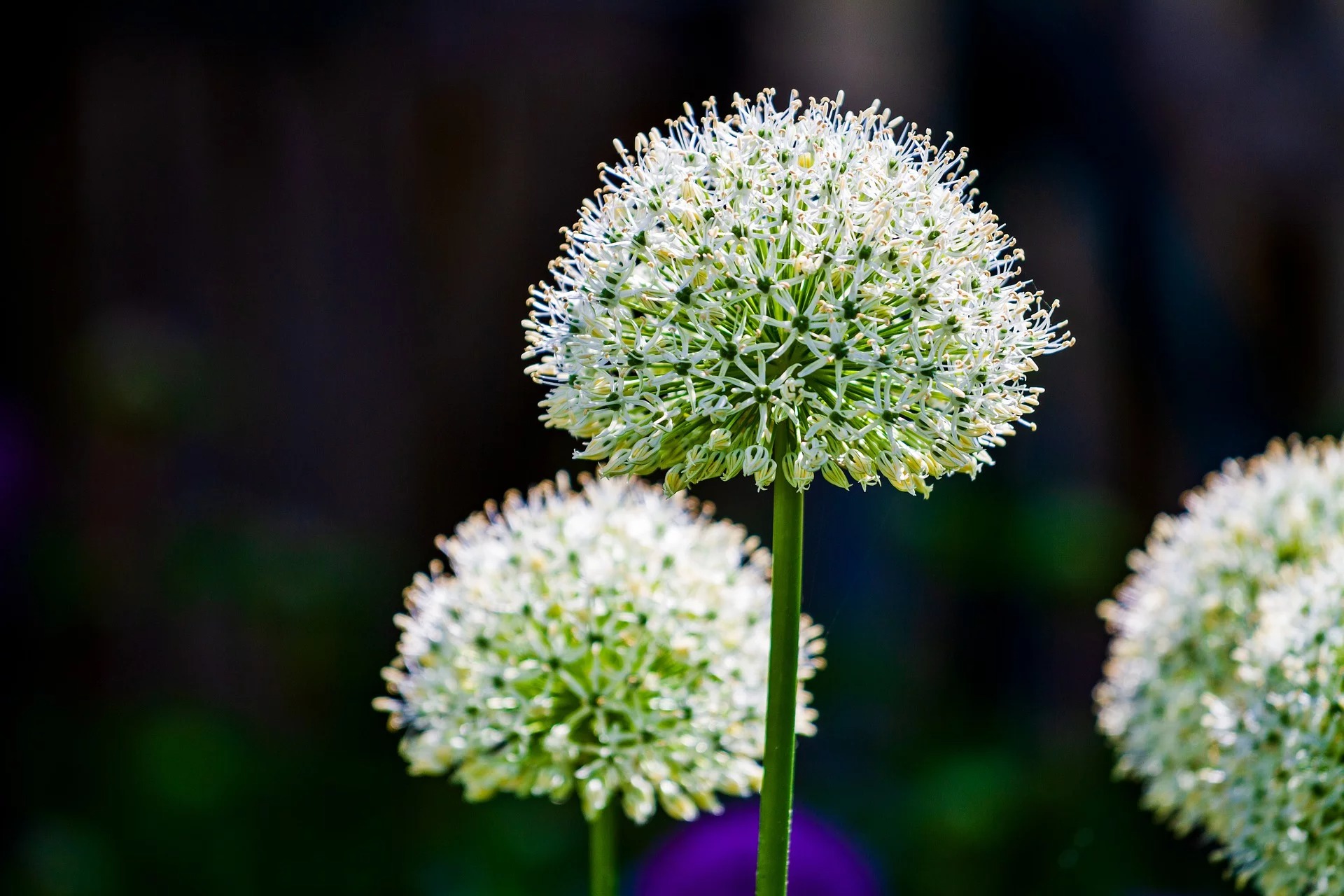 Succulent and delicious leeks! They are on the menu of every good chef somewhere. In the UK, they are a staple of the daily diet, and they also appear in Asian cuisine. Leeks can be found in the most elegant dishes and in the best restaurants.

But they are also in the most beautiful gardens. Today we take a look at the leek, explore some of the diversity of this allium and learn the best way to grow these culinary delights. Leeks are not as intimidating as they look, and they are well worth the time and effort spent on growing them!

Now you’re probably wondering exactly what a leek is? The leek vegetable is part of the allium species of the lilaceae family. It is the same plant family that encompasses onions, garlic, chives and many other pungent species. Like the onion, a leek grows in layers, although it is most similar to the green onion in this regard.

Where do leeks grow? This is also a common question. The leek has a long history. 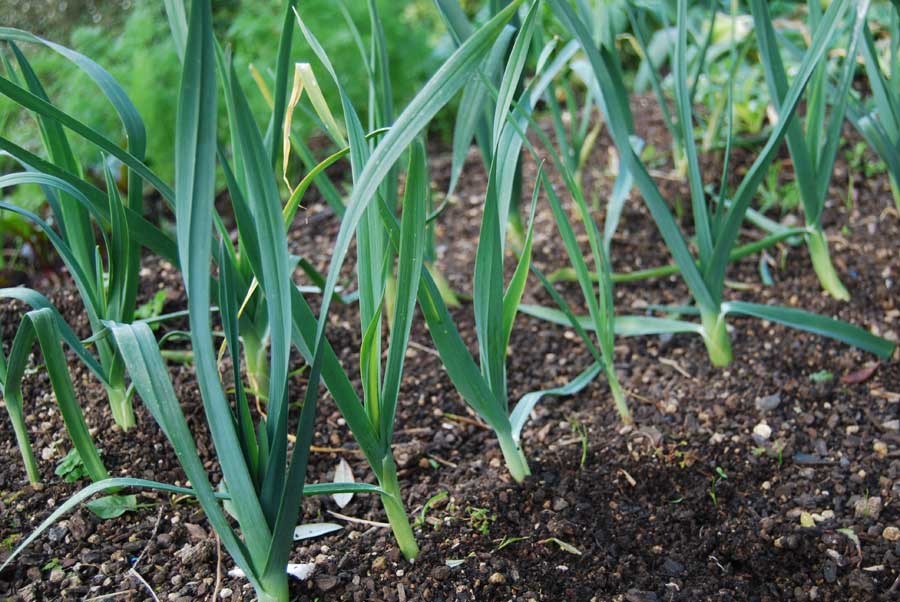 Originally cultivated in Central Asia, it has spread throughout Europe due to its tasty nature. Consumed by the Egyptians and the Romans, it quickly established itself in most cuisines in Europe and North Africa. after he arrived in the New World with the colonists, taking his place in the Americas.

Planting Leeks
Planting leeks may seem daunting, but it shouldn’t be. These are surprisingly forgiving plants and super easy to grow!

When To Plant Leeks

There are two types of leek seedlings: early season and after season.

Early-season leek varieties are usually planted in the spring for harvesting in after summer or early autumn. These tend to be faster growing cultivars. They are often smaller than the late-season species and tend to have an even milder flavor. Some of these varieties are harvested as baby leeks for culinary use.

Late-season leeks are also planted in the spring, but they are harvested in after autumn and even in winter. These varieties take longer to grow. They are also cold-resistant and can tolerate gradual temperature changes. A few varieties can be planted in after spring for the autumn/winter harvest.

How To Plant Leeks

Once you have young leek seedlings, there are a few options you can use to plant them. My favorite is the hole method.

When you start your leeks, you can germinate several plants in a single seedling starter tray. When they are ready to be transplanted, take clumps of leeks and gently slide their roots into a bucket of water. This makes the soil separate from the roots. You can then carefully separate the clumps of leeks into individual plants.

Make a hole 4 to 6 inches deep using a shovel handle or a wide stick. Gently place a seedling in it, making sure that the tips of the leaves are above ground level. Sprinkle a small dusting of soil around to cover the root. Do not fill the hole completely, because nature can take care of this. Just make sure that the roots themselves are covered. The leek will grow very well.

How To Care For Leeks

For the most part, a leek can take care of itself very well. However, if you want to have the tastiest stems, here is the best way to ensure a tasty harvest. 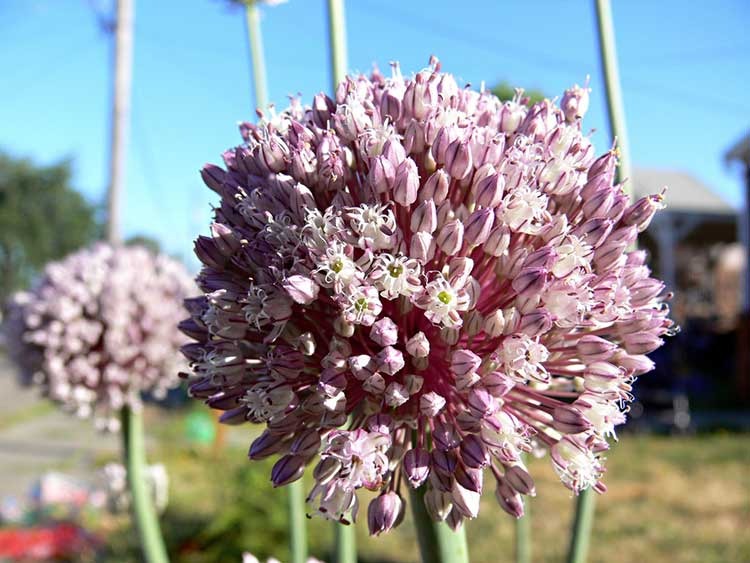 Partial shade is ideal, but the leek will also tolerate full sun very well. However, to get that pure white stem that we like to eat, the stem itself must be protected from the sun so that it turns white.

Although the ideal temperature is 60 degrees Fahrenheit, temperatures tend to be good on most days. Most varieties are heat tolerant as long as they have plenty of water. Long-growing, cool-season varieties can survive most light frost conditions. You never want the plant to freeze, so it may be better to place a cold frame on it in very cold climates.

How Often To Water The Leeks

This allium likes to have about an inch of water a week once it is established. When he’s young, he needs a little more. Although the leek does not like soggy soils, keeping it constantly moist is ideal. Soaker pants work very well for this purpose. You can also make a mound around the base of the plant with soil or mulch. This will help prevent the soil around the roots from drying out too quickly.

Leeks appreciate a nitrogen-rich, lightly packed soil that contains a lot of organic matter. Before planting, work compost into your soil to a depth of about 12″. If you plan to whiten the stems naturally by starting them deeper, modify the soil to this depth of 12″ below the lowest point you plan to plant. This ensures that they should have plenty of food to grow!

They are heavy feeders, but they don’t need much more than compost-enriched soil. Work the compost into the soil before planting. A little blood or bone meal will also encourage them to thrive. If you want to use a fertilizer, choose a balanced slow-release granular fertilizer. You can also use a liquid fish emulsion or just add compost from time to time.

Depending on the type of leek, harvesting can begin between 60 and 120 days after sowing. When the stem of your leek is about an inch in diameter, it can be harvested and used. It can be used younger than that, but you won’t have as many products, of course!

If you are harvesting on heavier clay soil or if you want to avoid damage, use a digging fork to loosen the soil around and under the leek. Shake or dust as much soil as possible from the products. Try to keep the roots intact unless you use it immediately, as this helps it to keep longer.

Most leeks keep incredibly well in the ground, so you can leave them in place until you need them. If you are going to overwinter the leeks in this way, mount the soil around the plants and cover it with a thick layer of mulch. This will keep the base of the plant warm and allow it to keep in place.

Leeks, like most other onions, can be stored outside the refrigerator as long as they are in a cool, dry place. If you disturb your leeks, do not wash them. Instead, dust off the leftover soil and let the outside dry. Under optimal conditions, they can be stored for up to three months. 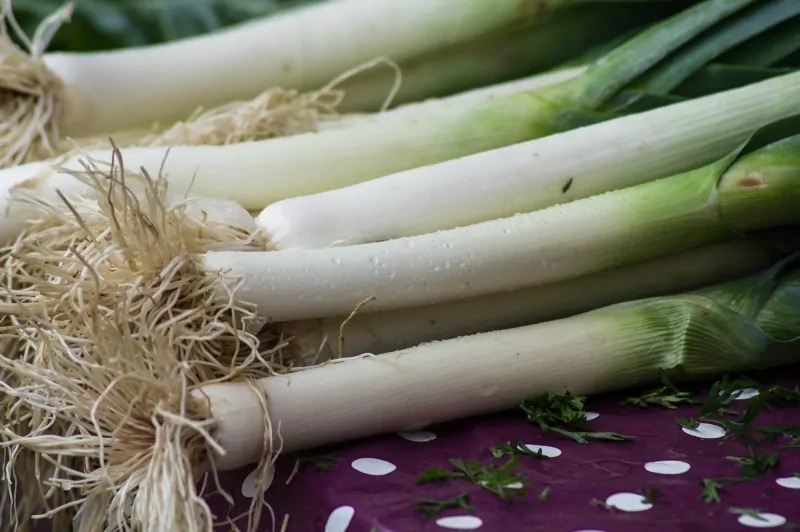 In the United States, leek is one of the few plants that is almost completely free of pests. Like other alliums, most pests avoid the pungent leaves of onion, garlic or leek. They are just too strong for our parasites.

However, in the UK, leek moth is a concern. The larvae of the leek moth are tiny caterpillars that tunnel into the leaf stem to feed, causing brownish spots. Older caterpillars can tunnel directly into the center of the stem, which can lead to problems with rotting or wilting. After about a month of feeding, the caterpillar will then pupate on the leaf of the plant.

Leeks are mostly ailment-free. The only ailments that usually affect them are those that are usually caused by moisture or moisture on the leaves. Thus, rust or powdery mildew can become problems, as can white tip ailment.

Rust is a fungal infection that looks like orange spots on the leaves. If you discover rust on your leek, don’t panic! Rust is usually only an aesthetic problem. Since it tends to have more impact on the leaves than on the stem, and we prefer to eat the stem, you can simply remove any rust stains you discover and damage them. 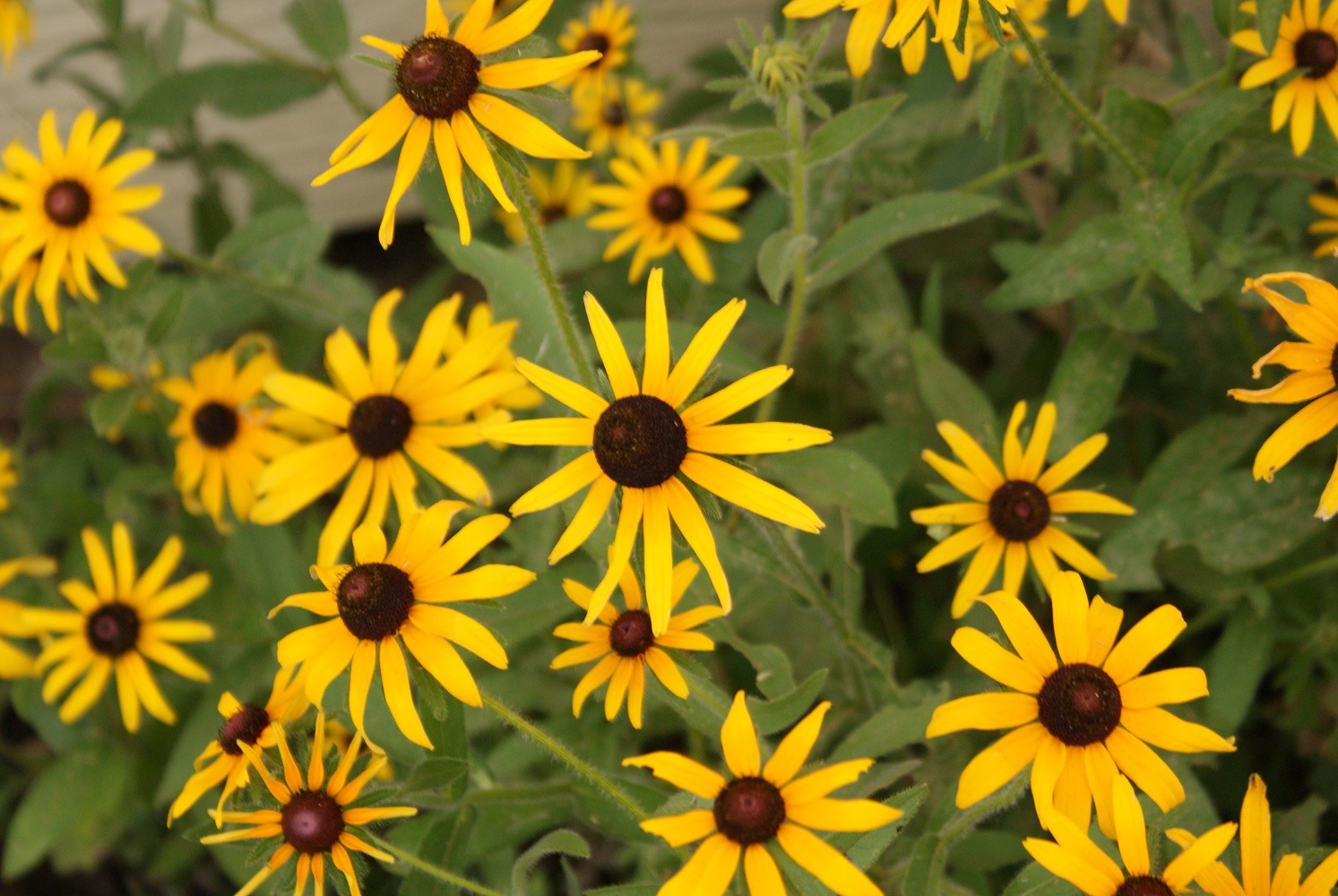 Wildflower fields filled with black-eyed Susan are a sight to behold in after spring and summer in the southern United States. Related to their sunflower relatives, Rudbeckia hirta grow under 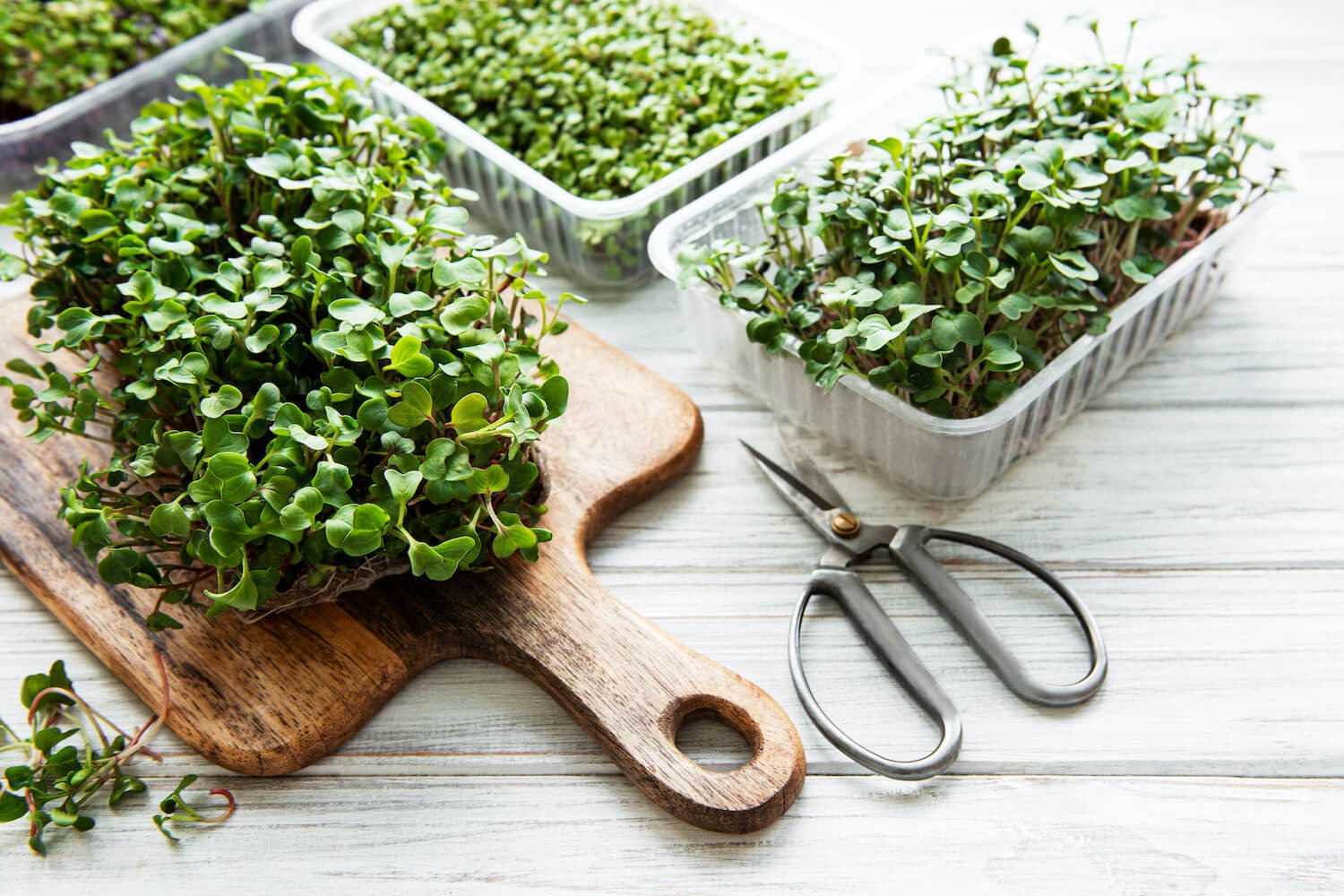 If you are just starting to grow microgreens, growing arugula microgreens is a great way to start. It is a popular plant among chefs and home cooks, with a spicy